San Francisco Opera enjoys a vast recorded legacy. Throughout its history, the Company’s performances have been set into shellac grooves, punched into paper rolls, recorded onto wires or magnetic tape, converted into digital signals, and streamed over the internet to listeners around the world. This Centennial Season, San Francisco Opera is opening the vault and sharing a selection of preserved treasures from its first 100 years.

Company founder Gaetano Merola’s enthusiasm for emerging technologies ensured that San Francisco Opera was on the air in the early 1920s when radio was still in its infancy. Several performances from the 1930s were recorded off the airwaves and, beginning in the 1960s, new devices allowed even non-broadcast presentations to be preserved, sometimes surreptitiously. Still later, San Francisco Opera’s industry-pioneering Taube Media Suite allowed performances from 2007 onward to be captured in HD. Nearly 50 titles from that still-growing catalog of operas were streamed on-demand during the pandemic while the stage was otherwise dark, and the Media Suite will enable each production during the 2022–23 Season to be livestreamed and preserved.

Streaming the First Century features 25 precious audio artifacts from previous seasons to open a series of magical portals into the Company’s first 100 years, allowing us to experience, as if through time travel, the moments that touched the hearts of generations of audiences and continue to move us.

Guided by the repertory of the Centennial Season, four interactive sessions will be released, each including two complete San Francisco Opera performances (with synopses, rare photos, and original program articles), four excerpted operas (with text and translations), an array of archival artist interviews, and new conversations among San Francisco Opera artisans and administrators spanning the decades. Scholars, performers, and Company members introduce and provide insight into each audio document, opening new pathways of discovery and allowing all to listen through their experienced ears.

Released every four weeks, each new session of Streaming the First Century offers myriad pathways to stream your way through San Francisco Opera’s distinguished past. Expect to be surprised, thrilled, moved, and to marvel at the infinite agility and expressiveness of the human voice. Make your way down the rabbit hole and, with these beguiling voices and legendary performances still ringing in your ears, we hope your journey with San Francisco Opera continues well into the next century.

EXPERIENCE SAN FRANCISCO OPERA LIKE YOU'VE NEVER HEARD IT BEFORE

With the return of Tchaikovksy’s Eugene Onegin in September, Streaming the First Century kicks off with an in-depth exploration of works by Czech and Russian composers Janáček, Tchaikovsky, Shostakovich, and Mussorgsky through landmark San Francisco Opera performances. 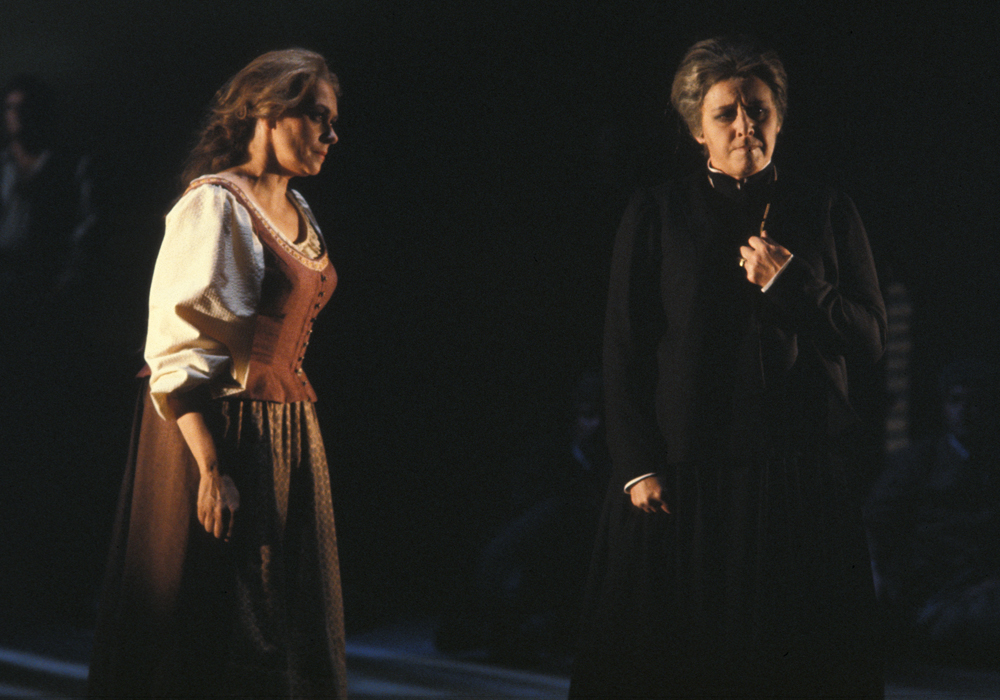 Mid-century French masterpiece Dialogues of the Carmelites, on stage in October, provides the point of departure for this concentrated tour of French style in works by Massenet, Charpentier, Berlioz, and Messiaen. Also included: the oldest San Francisco Opera-adjacent recording. Can you guess what it is?

November brings new San Francisco Opera productions of La Traviata and Orpheus and Eurydice and an opportunity to survey the Company’s foundations in great Italian works by Leoncavallo, Puccini, Giordano, and Verdi.

Die Frau ohne Schatten is on the horizon for Summer 2023, so delve into the German repertory in December with memorable San Francisco Opera performances of works by Strauss, Korngold, Mozart, and Wagner.

Down the Rabbit Hole

As each session is released, return to the rabbit hole to see just how much deeper it takes you into the legend and lore of San Francisco Opera.

Streaming the First Century is one of our many Innovation Programs made possible, in part, by the Creative Edge Fund with major support from founding funders Carol and Dixon Doll, Peter Fenton and Kate Greer, and Bob Ellis. Additional support provided by Julie Dickson.

The Taube Media Suite is made possible in part, by Dianne and Tad Taube and John A. and Cynthia Fry Gunn.