The 10 Best Operas of All Time

Choosing the ten best operas of all time is difficult but not impossible—at least not for a few San Francisco Opera rogues who have taken over our blog to stir up some controversy!

San Francisco Opera would never rank operas from best to worst—but today, we’re going rogue! Pearl-clutchers beware, because we’re tossing a grenade into the world of opera with a top-ten list designed to fire up debate.

So, which opera did we, San Francisco Opera’s band of blog hijackers, crown as the champion? Well, we might be rogues, but we still know how to make you wait for a good thing. Check out the nine operas that almost reached the top before finding out what we picked as the best of the best. Let’s get started: 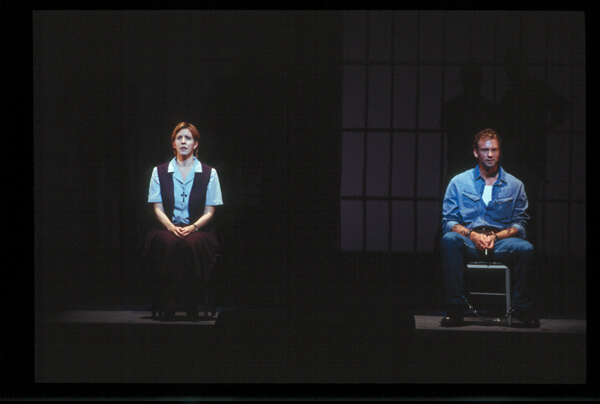 A rising composer, Jake Heggie was working in San Francisco Opera's public relations office when then-general director Lotfi Mansouri offered him the opportunity of a lifetime: a commission to write his first opera. He would be working alongside Tony winner Terrence McNally, who was hired to write the libretto.

The result—which had its world premiere at San Francisco's War Memorial Opera House—tells the true story of Sister Helen Prejean, a Louisiana nun who became the spiritual advisor to a convicted criminal on Angola’s death row. With its use of modernist classical music styles, powerful silences, and lively American vernacular, Dead Man Walking has become the most performed U.S. opera of the 21st century, with 60 different productions staged on five continents.

The opera's popularity was apparent from the start: When it premiered, San Francisco Opera added two additional performances to the initial seven to keep up with demand. This feat alone earns it a spot on our best operas list!

In this groundbreaking opera, Porgy, a disabled beggar, and Bess, a woman scarred by domestic abuse, try to build a life together in a fictional Black neighborhood in 1920s Charleston called Catfish Row—a task that ultimately proves impossible. The opera’s timeless, mournful music makes it a standout and earns it a well-deserved place on this list.

Porgy and Bess also has a complicated history to reckon with. Under pressure to cast Black characters with white actors, Gershwin made it a contractual obligation that the opera be performed by a Black cast. This forced theaters to confront segregation both on stage and off. But the opera's continued popularity raises ongoing questions about diversity in the art form. Porgy and Bess was written by a white man in the 1930s and is known to promulgate negative stereotypes of Black communities. The opera’s fame stands in contrast to the centuries of operatic work by non-white composers, many of whom have yet achieve the recognition they deserve.

Today, we recognize that Porgy and Bess is not representative of the current movement to create more diverse and authentic cultural representation in the field of classical arts and musicals. At the time, Gershwin’s dramatic masterpiece was groundbreaking on both musical and social levels, yet today it manifests as an important historical artifact—an entertaining theatrical vehicle based on white people’s pejorative depictions of African American life. Whether seen as a work of appropriation or appreciation, this seminal work has cemented itself as a part of American musical folklore.

8. Dialogues of the Carmelites by Francis Poulenc, 1957 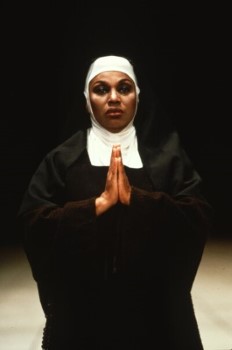 Written by two French Catholic artists, composer Francis Poulenc and librettist Georges Beranos, Dialogues of the Carmelites is an ambitious and highly original opera that blends sacred and bold musical elements to create a haunting work that continues to shock more than 60 years after its premiere.

Based on the true story of the Martyrs of Compiègne, Dialogues of the Carmelites follows 16 nuns who were guillotined in 1790s Paris for practicing their religion—something that was strictly forbidden during the French Revolution’s Reign of Terror. The opera balances historical events with individual stories of Carmelite nuns who grapple with a crisis of faith in the face of death. 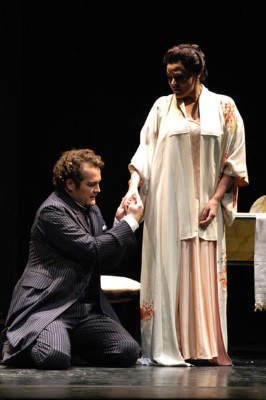 One of the most intimate and heart-wrenching operas ever written, Eugene Onegin tells the story of the title character, Onegin, who is in a near-constant state of dissatisfaction. Onegin begins the opera bored with the countryside he’s visiting—and where he cruelly turns down the romantic advances of young, naive Tatyana. After a flirtatious birthday ball, a deadly duel, and a trip across Europe, we find Onegin in St. Petersburg still bored with life. Upon discovering that Tatyana has married into royalty, he attempts to seduce her. But this time it’s Tatyana who rejects him, leaving Onegin all alone with his boredom and dissatisfaction.

With help from the poet Konstantin Shilovsky, Tchaikovsky himself organized the opera’s libretto, which closely follows passages in Alexander Pushkin’s novel of the same name. With music full of warmth, pathos, and intensity, the opera is an examination of the human condition that remains as relevant today as it was 150 years ago.

In this hilarious opera, Spanish nobleman Count Almaviva has to find a way to woo his love, Rosina, before her guardian, the old physician Dr. Bartolo, marries Rosina himself. With help from barber and jack-of-all-trades Figaro, Count Almaviva adopts a series of disguises to win Rosina’s love.

While The Barber of Seville is known for its laugh-out-loud comedy, Rossini's music is what has really dazzled audiences for more than 200 years. The opera boasts thrilling crescendos, electrifying arias, swelling ensemble numbers, and catchy tunes that require outrageous vocal talent. Highlights include “Una Voce Poco Fa” and the famous “Largo Al Factotum” .

There’s no denying that this expertly-crafted Romantic opera deserves its spot in the top five. La Bohème is concise, moving, and jam-packed with sweeping melodies about being young and in love—and out of love, too. But a fate worse than heartbreak awaits the opera's cast of bohemian artists: In 19th-century Paris, an epidemic of tuberculosis ravaged the young and the poor. And one of their company is fated to catch the deadly disease by the opera’s end.

If La Bohème’s drama seems intense, just wait until you hear the music. The score is as expansive as it is powerful, moving from the singer Musetta’s seductive waltz to the mournful duet between the lovers Rodolfo and Mimì in Act III. By using motifs (short musical themes) for each of his characters, Puccini weaves their lives together and places the audience right in the middle of the opera's bohemian community. It’s clear why La Bohème continues to be one of the most popular operas, enchanting audiences since 1896.

Upon its release in 1853, La Traviata did not enjoy the immediate success that greeted Verdi’s earlier works Il Trovatore and Rigoletto. But with intricate, realistic characters that come to life through soaring songs and harmonic swells, this opera has only gotten better with time. Today, it is one of the most performed operas in the world.

The work’s most compelling character is the tragic heroine, Violetta, a courtesan who must choose between honor and her heart. She ultimately chooses the former, breaking up with her lover Alfredo to protect his sister’s reputation. But after Violetta’s sacrifice is revealed on her deathbed, the lovers briefly reunite before she leaves the world forever. La Traviata has everything you could want in an opera: tragedy, true love, and top-notch orchestration.

With his four-opera Ring cycle, Wagner pushed the art form to new heights with the scale of its ambition. The Ring cycle embodies Wagner’s ideal of total art, or “gesamtkunstwerk,” in which all elements of opera are equally united towards a common mission. But why did Die Walküre beat out the other three Ring operas to make it on our list? That we can answer in a word: music!

Die Walküre contains some of Wagner’s best-known melodies, including the Act III opening number “Ride of the Valkyries.” And that’s just the tip of the iceberg. Siegmund's hymn to the spring, “Wotan’s Farewell,” and the “Magic Fire Music” are highlights among its many awe-inspiring motifs. Although it’s the second opera in the Ring cycle, Die Walküre stands alone as a compelling tale of love, lust, betrayal, and sacrifice.

Tosca is much more than an opera with a complex romance at its center: It features nail-biting plot twists that have thrilled audiences since its premiere in Rome at the turn of the 20th century.

In the opera, the corrupt police chief Baron Scarpia—who rules over Rome on the eve of a Napoleonic invasion—is in love with singer Floria Tosca. He arrests Tosca's lover in an attempt to coerce her into a sexual relationship, triggering a chain of violence that leaves all three of them dead. With torture, attempted rape, murder, suicide, and more, Puccini’s Tosca is a masterclass in operatic drama.

That drama isn’t just in the plot, though. Tosca is also musically visceral, and the opera’s rollercoaster of events is reflected in Puccini’s emotional orchestrations. High points include the arias "Vissi d'arte"—in which our heroine laments that God has abandoned her—and "E lucevan le stelle," a condemned man's remembrance of the glories of life and love. Thanks to its historical setting, dark plot, and music intense enough to match the opera’s brutality, Tosca is one of the most gripping operas we’ve ever seen.

Coming in at number one, The Marriage of Figaro is a true masterpiece of operatic comedy. The plot follows the wily servant Figaro as he and his fiancée Susanna attempt to scuttle their employer's dastardly scheme to seduce Susanna before her wedding night. Standout arias include Bartolo’s comically vengeful “La vendetta,” Cherubino’s sexually-frustrated “Non so più,” and Countess Rosina’s mournfully melodic “Porgi amor.” But beyond these solos, the opera is also an ensemble-rich production filled with perfectly executed musical madness throughout.

It’s in the two big finales at the end of the second and fourth acts that Mozart really outdoes himself. During these moments, his music references every tiny plot point and forms an extraordinary volcano of complex emotional melody. With its balance of wit, humanity, and glorious orchestration, Figaro surpasses all other operas when it comes to creating a fun yet poignant onstage spectacle. For us San Francisco Opera rogues, there is no opera more fitting to take the top spot on this list.

For more interesting (and somewhat less opinionated) opera deep-dives, check out our other blogs like A Brief History of Opera, Five Must-Know Opera Facts, and so much more. Plus, head to our website to learn more about the next seasons at San Francisco Opera!

An Overview of an Italian Opera

An Overview of German Opera