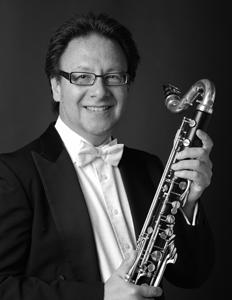 Throughout his career, he has performed with a wide variety of artists ranging in style from Luciano Pavarotti to Ella Fitzgerald to Metallica. His numerous appearances outside of the Bay Area include Carnegie Hall, Orchestra Hall in Chicago, the Kennedy Center in Washington, D.C. and at the Jerash Festival in Amman, Jordan. Tony has appeared with San Francisco Opera and the San Francisco Symphony on the Deutsche Grammaphone, Teldec and Sony record labels. He also regularly records at Skywalker Studios for music, cinema and other media projects.

Tony attended San Francisco State University, studying clarinet with Donald Carroll of the San Francisco Symphony. Other mentors include Boston Symphony clarinetists Rosario Mazzeo, Harold Wright and Craig Nordstrom, as well as his first teacher, Mary Moore. Tony has been a participant at the Berkshire Music Festival at Tanglewood, a clinician at Bay Area music camps, and a guest speaker at the 1997 California Music Educators Conference for Northern California.

Tony is a co-founder of both the Gold Coast Chamber Players and the non-profit group, Topics in Tempo, a program designed for schools using music as a tool to teach academic subjects.

Tony is currently on the faculty of San Francisco State University and is a former faculty member of St. Mary's College. He is a frequent speaker at San Francisco Opera's Adult Education Workshops.