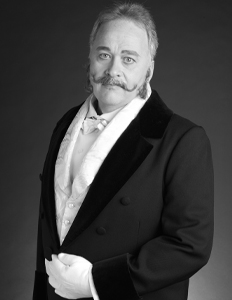 Tenor DANIEL HARPER made his San Francisco Opera debut in Aida during the 1984 Summer Season and has subsequently performed over 20 roles here. They include Emperor Altoum (Turandot), Normanno (Lucia di Lammermoor), Malcolm (Macbeth), Parpignol (La Bohème) and Wagner (Mefistofele). Earlier in the current season he was featured in three roles (Hotel Clerk, President Chester A. Arthur, Stage Doorman) in the Company premiere of The Ballad of Baby Doe and portrayed the Second Inmate in the world premiere of Dead Man Walking. A graduate of North Park College (Chicago, IL), the former Merola Opera Program participant and two-year Adler Fellow has extensive concert credits in the Chicago area, including performances of the Verdi Requiem and a recording of Schoenberg's Moses und Aron with the Chicago Symphony led by Georg Solti. With the San Francisco Symphony under Herbert Blomstedt, the tenor has sung the Berlioz Requiem and a performance of Beethoven's Ninth Symphony to commemorate the victims of the 1989 Loma Prieta earthquake. He made an unscheduled debut with the Symphony in 1985 when he was called upon to replace an ailing colleague as tenor soloist in the Verdi Requiem. A member of the San Francisco Opera Chorus, Daniel Harper resides in San Francisco with his wife Valeri.