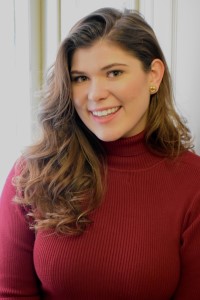 Canadian soprano, Olivia Smith is completing her studies at the Curtis Institute of Music. Current engagements include Governess in Britten’s The Turn of the Screw with the Curtis Opera Theatre, and Marguerite in excerpts from Gounoud’s Faust under the baton of Maestro Yannick Nézet-Séguin with the Curtis Symphony Orchestra.

Other roles in Smith’s repertoire include Fiordiligi (cover) in Mozart’s Cosí fan Tutte, Berta in Rossini’s Il Barbiere di Siviglia, Cathleen in Vaughan Williams’ Riders to the Sea, First Witch in Purcell’s Dido and Aeneas, and Mrs. Gobineau in Menotti’s The Medium— all with the Curtis Opera Theater.

Ms. Smith attended the Merola Opera Summer program  in 2022 where she sang the role of Margarita Xirgu in scenes from Golijov’s Ainadamar, and covered the role of Pamina in Mozart’s Die Zauberflöte. In summer of 2021 she attended Houston Grand Opera’s Young Artist Vocal Academy, and in January of 2022 participated in Houston Grand Opera’s Eleanor McCollum Competition where she received the Online Viewers Choice and the Ana María Martínez Encouragement Award. Ms. Smith won the first place Vanderlaan Prize in Grand Rapids, Michigan and in 2019 was awarded an encouragement grant from the George London Competition.