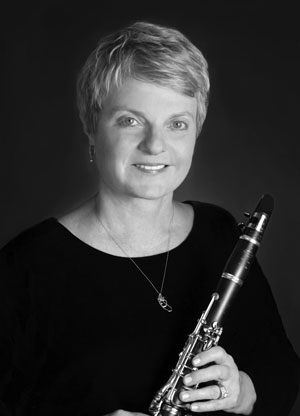 Joanne Burke Eisler, Assistant Principal and E-flat Clarinetist, joined the San Francisco Opera Orchestra in 1981. Ms. Eisler has performed as Principal Clarinet with the Orchestra on numerous occasions and can be heard on the recordings and videos of Mefistofele, A Streetcar Named Desire, and the Orchestra’s CD Symphony at the Opera.

Born in New Jersey, Ms. Eisler attended the University of Michigan and received the Bachelor of Music degree with distinction. While a student at Michigan, she was invited to attend the Canary Islands Opera Festival as Principal Clarinet. She then attended Northwestern University, where she received the Master of Music degree and was a student of Larry Combs, Principal Clarinet of the Chicago Symphony Orchestra. Ms. Eisler was a member of the Chicago Civic Orchestra and frequently substituted with the Chicago Symphony Orchestra. She made her debut with that orchestra on E-flat clarinet as "Squeaky the Mouse" in the popular children’s classic, Tubby the Tuba.