Very few operas successfully combine irony and pathos, but Shostakovich managed that remarkably in his Lady Macbeth of Mtsensk.  As I relistened to the archival recording recently, over 40 years after first hearing the live performances during the 1981 Fall Season at San Francisco Opera, the importance of Shostakovich’s accomplishment struck me more profoundly than ever.

Our Company is justly proud of that fact that in 1964 it presented the American premiere of this opera in its revised (i.e., sanitized) version, entitled Katerina Ismailova, the only performing edition available at the time.  By the fall of 1981, when the legendary impresario Kurt Herbert Adler presented his last season as General Director, the original score, with all its previously suppressed eroticism, violence, and political cynicism, had made its way to the West. Adler wisely chose it as a signature work to cap his 28-year tenure. He assembled a worthy cast under the baton of his remarkably talented young protégé Calvin Simmons, who tragically died in a boating accident the following year at age 32. Calvin’s infectious enthusiasm for this score is evident in the recording, which is a fitting testament to his gifts and a lasting tribute to his memory.

Let me provide a quick guide to some of the key musical moments in the recording that will help focus your listening.  Elsewhere on this website are valuable program articles outlining the historical background of the opera and its versions, the political and cultural issues connected with the piece, synopses, etc., all of which I encourage you to investigate.

But the subject for now is listening. I will provide the timings from the recording to illustrate my points.

14:44:  Katerina’s Lament
Our first audio landmark is Katerina’s plaintive aria voicing her loneliness, boredom, and frustration as the neglected and isolated wife of the well-to-do merchant Zinovy Ismailov. He is distant, indifferent, and apparently not nearly as interested in sex as she is. In plangent tones, our Katerina, soprano Anja Silja, pours out her discontent.

15:54:  A Brutish In-Law
A lumbering bassoon introduces Katerina’s disagreeable father-in-law, Boris Ismailov (sung by bass Chester Ludgin). Shostakovich’s music paints a nasty picture of a hostile and malicious merchant-class tyrant who proceeds to upbraid her for not having borne children, assigning her all the blame for the family’s lack of heirs. At 19:20 we hear downward slithering low brass notes that underscore Boris’s derision as he launches into venomous patter warning his daughter-in-law against any thoughts of infidelity. (As we will learn in a later scene, he’s a hypocrite as well as a bully.)

22:51:  Feigned Affection For The Boss
Irony comes to the foreground in a heavy-footed waltz as the workers fawningly pretend to be devastated that their boss Zinovy, Katerina’s husband, must leave them to attend to problems at the family’s mill.

32:10: Sexual Harassment Set To Music
The buxom Aksinya, one the Ismailov family’s workers (sung by Evelyn de la Rosa), is viciously taunted and manhandled by the workmen, with avid participation by the handsome new-hire, Sergei (tenor William Lewis), whose reputation for womanizing has preceded him. With ribald insults and course jests the men roughly tear at Aksinya’s clothes and fondle her breasts. The frenzied music gives this scene of molestation a disturbing harsh edge. Russian opera often portrays the noble dignity of simple peasant folk with touching sentiment, but Shostakovich clearly had something else in mind here.

40:47:  A Raucous Orchestral Interlude
Full of pulsing energy, jostling rhythms and angular melodic twists, this noisy passage serves to set the tone for the passionate lovemaking to come in the next scene as Sergei seduces Katerina. There will be more boisterous interludes like this to come, packed with increasing intensity and sardonic bite.

46:20:  Katerina’s Song Of Desire
Alone in her room again, Katerina sings a melancholy tune voicing her longing for a passionate embrace, an ardent kiss and a sensual caress.  The desperation in her singing here helps us sympathize with her when, as Sergei enters her room on a flimsy pretext, after initial protests she casts aside caution and leaps into bed with him. Having seen how Sergei treats women, we know she is making a bad decision, but at least we can understand her reasons.

57:13: Love-Making Music
This famous and much-discussed orchestral interlude clearly illustrates in audible terms the behind-the-curtain sexual romp that is visually left to our imagination. After an intense climax (musically and, we must assume, physically) at 58:21, sagging low brass notes give a not-too-subtle illustration of tension release in passion’s aftermath. You will hear the audience laughing at this bawdy allusion to subsiding desire.

01:28:02:  A Father-In Law’s Lust
Beneath Katerina’s bedroom at night, the sleepless Boris launches into a self-satisfied recollection of his randy, womanizing youth. This soon turns into a lumbering waltz as he notices the light in Katerina’s window and decides he’s just the guy to satisfy her unfulfilled desires in a manner that his own son cannot.

01:33:03:  The Flogging Scene
Boris has caught Sergei leaving Katerina’s bedroom and is clearly furious that the younger man has consummated the sexual liaison that he himself was hankering for. In sadistic rage he flogs Sergei, over Katerina’s protests, as the orchestra unleashes insistent percussive blows that seemingly will never stop. Only Boris’s own fatigue brings his cruelty to an end.

01:45:45:  More False Grief
Katerina’s poison-laced mushrooms have killed Boris, and over his body she wails in fake lamentation. (It’s a parody of supplication music in Mussorgsky’s Boris Godunov).  At 01:47:21, the priest who was summoned for the last rites launches into a bizarrely incongruous dance tune.  Shostakovich was not a big fan of religion. Asked if he believed in God, he said “No, and I am very sorry about it."

01:48:30: The Passacaglia
A somber, slow 8-bar bass line introduced by the low strings repeats numerous times under increasingly contrapuntal orchestral variations (a form called “Passacaglia”), providing a sense of tragedy that the priest had failed to offer.

02:02:20: The Ghost Of Boris
In bed with Sergei, Katerina hears the voice of her murder victim cursing her (and so do we), but Sergei hears and sees nothing.

02:10:55:  Get the Body To The Cellar
Katerina’s second murder victim is her husband Zinovy (sung by Jacque Trussel). When he barges into her bedroom, surprising her with Sergei, Katerina strangles him while Sergei clubs him to death.  As the lovers now sneak his body into the cellar, a furtively wicked march sounds out in clarinet and bassoon solos.

02:17:40: The Village Drunk Finds The Body
In a spirited scene punctuated by wild flute and clarinet riffs, a character called “Village Drunk,” sometimes translated as “Shabby Peasant” or “Seedy Lout” (played by Gary Harger) sings wildly of his desire for liquor and his dismay at the lack of it. He breaks into the cellar in search of booze and runs off in horror after discovering the putrid body of Zinovy.

02:21:00:  A “Circus March”
Shostakovich is at his satirical best in this tumultuous orchestral interlude (referred to by conductor Calvin Simmons as a “Circus March”). Exaggerated agitation veering into comedy depicts the Village Drunk in his frantic dash to tell the police what he found. (At a climactic moment in one performance during the 1981 season, the excited Maestro Simmons let out an enthusiastic yell here.) The ensuing scene of parody at the police station continues in this rowdy vein, evincing the composer’s low regard for bumbling functionaries.

02:39:32:  Police on The Way
Coming to arrest Zinovy’s murderers, the police appear (musical speaking) to be strutting along in self-important posturing accompanied by this brusquely stiff marching melody, while Katerina and Sergei frantically think of escaping before they are arrested.

02:55:32:  The Old Convict
As convicts trekking toward Siberia settle down for the night (Katerina and Sergei among them), an Old Convict (bass Kevin Langan), echoed movingly by the chorus, intones a forlorn reflection on their weariness and despair.

03:15:12:  Katerina’s Desolation
Cruelly deceived and abandoned by Sergei, who now fancies the young convict Sonyetka (Nelda Nelson), Katerina chants mournfully over an orchestra tremolo, invoking a bleak image of black waves on a deep, dark lake. Yes, she is an assassin and an adulteress, but music like this surely arouses our sympathy for her plight.

03:25:38:  The Old Convict’s Song Returns
In her third murder, coupled with suicide, Katerina has taken her revenge on Sonyeta by dragging her into the river where they both drown. As the prisoners resume their march, the Old Convict and chorus reprise their mournful song. As this music stirs our compassion for the oppressed who endure hardship and suffering, the time for irony is past.

Having taken this guided audio tour through some selected highlights in Lady Macbeth of Mtsensk, I hope you have been able to remark on the skill with which Shostakovich manages to humanize his headstrong and lethal heroine. Even amidst scenes of grotesque parody and savage violence, a musical portrait emerges of a woman trapped by circumstance whose crimes we may not forgive but whose fate nonetheless touches our hearts. 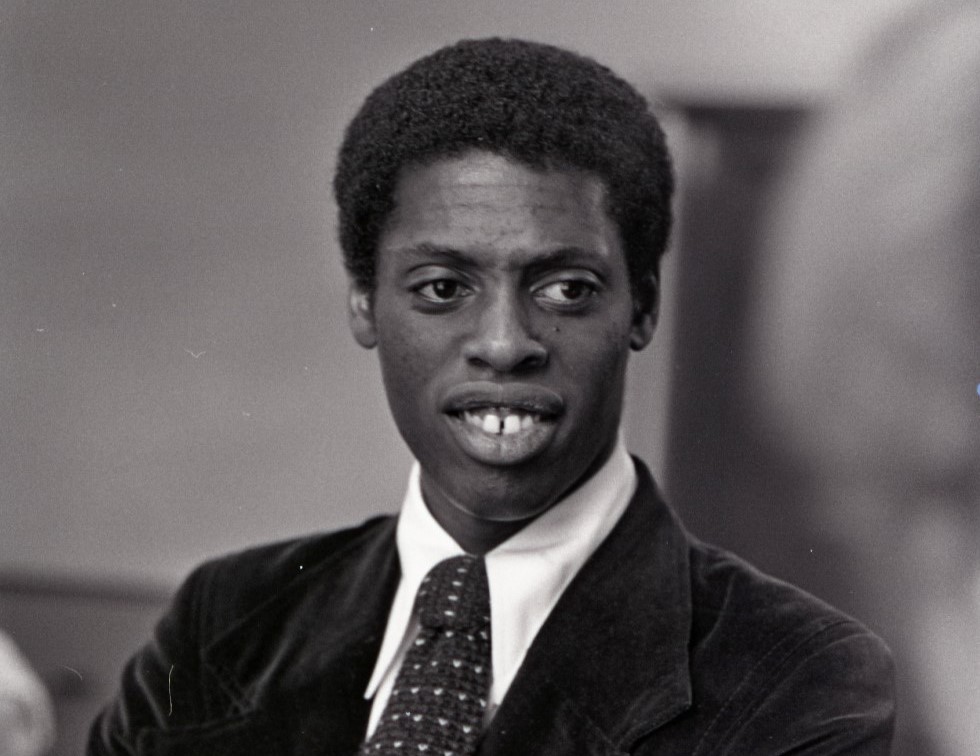 Listen in on a lunch time panel as Calvin Simmons (conductor), Gerald Freedman (Stage Director), and Richard Rodzinski (whose father Artur Rodzinski was instrumental in bringing this opera to the U.S.) discuss Lady Macbeth of Mtsensk. 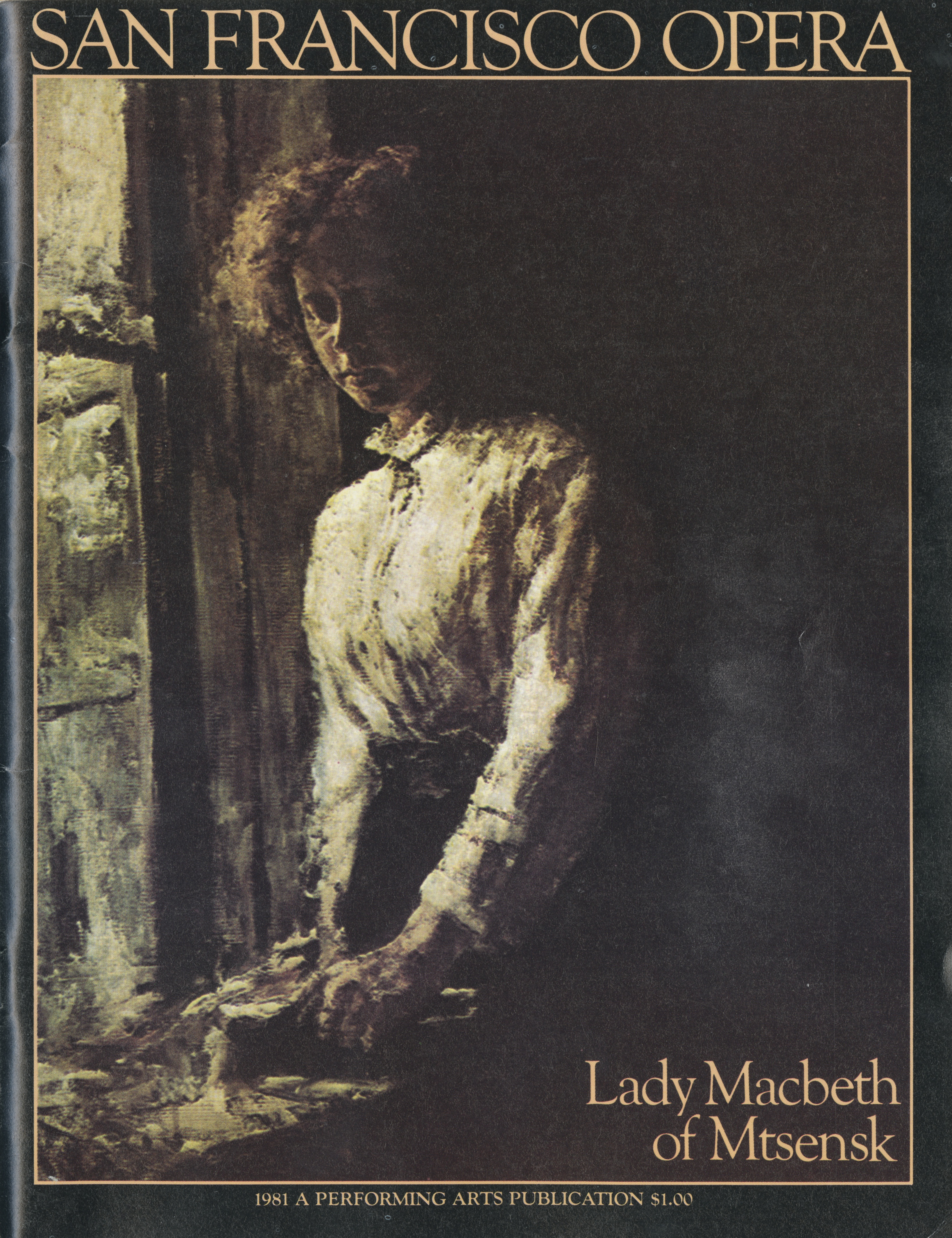