The Spirit of the Opera Award is the highest honor conferred by the Company on members of the community.

Louise has been a dedicated part of the Opera family since 2007 and a member of the board of directors since 2013. She has enjoyed a wide and varied career as a theatrical producer, former professional dance photographer, environmental activist, children’s storyteller and counselor, and as a passionate advocate for the arts and culture. Louise discovered her love of opera later in life, yet almost from the very start of her involvement with San Francisco Opera, she quietly became one of its most committed, thoughtful, and engaged volunteer leaders. She began by attending San Francisco Opera performances at every opportunity, seeking to learn as much as she could about opera’s music and production values. Over time, Louise formed strong relationships with numerous artists and personnel working on both sides of the curtain, and quickly became an important artistic thought partner to General Director Emeritus David Gockley and subsequently to General Director Matthew Shilvock. She has done almost everything a volunteer can do at SFO, from appearing as a supernumerary, to offering to secure babysitters for desperate (and grateful) divas, to serving on the Executive and General Director Search Committees of the board. It was in her capacity as a board member that Louise conceived of and issued a 2-year challenge to the board of directors in 2017 to jump start an endowment fundraising drive envisioned to coincide with San Francisco Opera’s centennial in 2022. Louise’s example and powerful articulation of the need to secure San Francisco Opera’s long-term future has inspired many sizeable new gifts and pledges to the endowment. Please join us in applauding Louise’s outstanding commitment to San Francisco Opera and our second century! 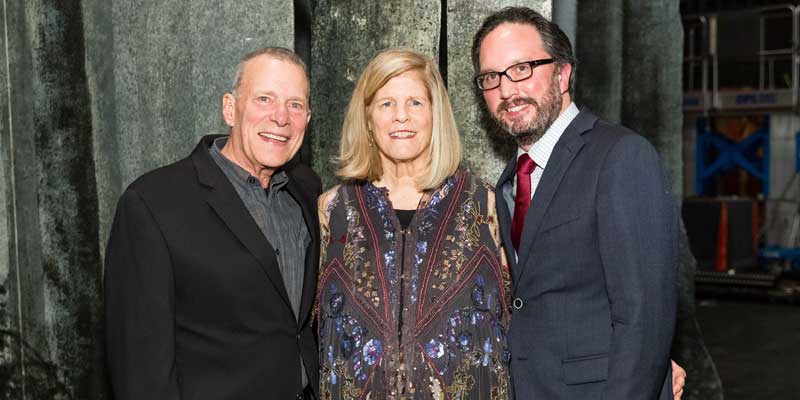