At Home With Tenor Konu Kim, Chickens Rule the Roost

It started with three: a bachelor and two eligible females. But as the pandemic stretched on, three became 16—and tenor Konu Kim’s flock of silkie chickens have rapidly overtaken his back garden.

As Kim sits outside, the white gables of London’s suburbs peeking over his garden fence, the chickens make their parade, strutting around him, each bob and step sending ripples through their mass of silken feathers. 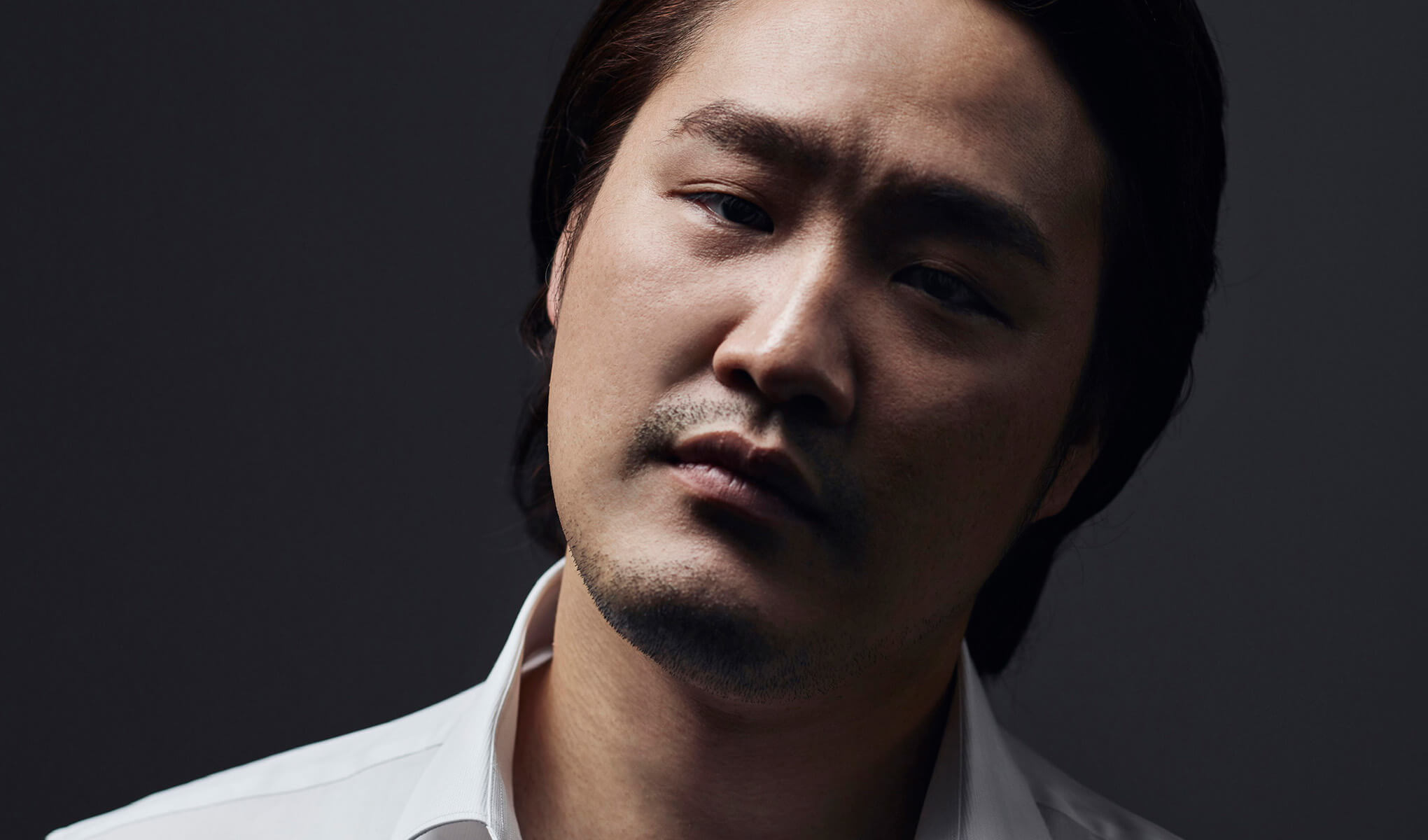 With gingerly steps, they climb to their coop or circle around the plants carefully guarded under domes. Kim is surrounded. And reinforcements are waiting in the wings: Two days ago, the black hen hatched four new chicks.

For an opera singer, used to long nights of rehearsal and performance, inviting a clucking, crowing throng of chickens into your life might not seem like an obvious move. But as Kim himself says, he’s no ordinary tenor.

Born in Seoul, South Korea, Kim has rapidly risen as one of the most promising new tenors today. In 2017, he was selected out of 365 opera singers to join the Jette Parker Young Artist program at the U.K.’s Royal Opera House.

Since then, he has headlined the venerable Glyndebourne Festival twice—one of the premier destinations for operas by Wolfgang Amadeus Mozart. Operas by Mozart and the Italian composer Gaetano Donizetti have become his calling card. The U.K. publication The Stage hailed his “remarkable vocal gifts” as evidence of “a star career in the making.”

Now, in the summer of 2022, he prepares to take on a new challenge: the starring role in composer Bright Sheng and playwright David Henry Hwang’s 2016 opera Dream of the Red Chamber in San Francisco.

“This is my first time doing contemporary opera,” Kim says with an easygoing smile. But he’s not daunted. Quick with a laugh, with a swoop of black hair across his forehead, Kim explains he’s looking forward to inhabiting the lead role of Bao Yu, the young Chinese nobleman at the heart of Dream of the Red Chamber.

“He’s very young and charming,” Kim says of his character. Kim will play the only male character in the main cast: Based on the novel of the same name, Dream of the Red Chamber focuses on the women of the noble Jia family—and how their fates hinge on Bao Yu’s choice of bride.

Not that the gender dynamics bother Kim at all. “I really love to be among women,” Kim laughs. “I love that.”

A father of three, married to a fellow singer he met in college, Kim says he’s drawn to “romantic roles” with sympathetic heroes. He dreams of playing the jilted knight Des Grieux in Manon, the lovesick title poet in Werther, and, of course, the most iconic lover boy of all, Romeo.

His love for opera started when he was small. Son of a mother who was a graphic designer and a father who doubled as an engineer and a businessman, Kim started studying music around age 7.

“I’d sing every single Sunday in children’s choir in church,” he explains. “My voice was very loud and very sharp. So the chorus masters always gave me solo parts.”

Pop music could feel overwhelming to Kim, so he found himself drawn toward classical genres: music that could be delicate or grand, depending on the mood. As a child, he enjoyed trying to sing louder than the others, testing the limits of his voice.

But experiencing Mozart would be pivotal for the young performer. His first exposure to live opera came through a performance of Mozart’s Così fan tutte, a comedy about lovers whose relationships are tested by an ill-conceived gamble.

It was only a school opera production, but Kim remembers the performance was “very high-class.” He was enamored. “Even if you’ve never heard the music, you can just enjoy the full opera. Mozart’s a genius. Even kids just fall in love with that noble, comic music.”

Kim detects a touch of fate in that memory. The character of Ferrando, one of the fiancés in Così fan tutte, would become one of his signature roles. It has taken him from the stage of Glyndebourne to San Diego, where he made his U.S. opera debut earlier this year.

“Konu Kim has a meltingly lovely tenor voice with easy top notes that shines,” the San Diego Union-Tribune raved. The San Diego Reader, meanwhile, declared that he “stood out from the rest of the cast,” with a certain “virility” to his voice “often lacking in tenors who sing Mozart.”

Visibly biting his tongue and pulling a silly face, Kim laughs that it was all fate. “I recognized even when I was young, ‘Ah, that is my destiny, my future career.’ So I decided to get into being an opera singer.”

There were no other musicians in the family, but Kim found a sense of belonging in the opera world. “I’m not handsome or tall, the typical pop-music, BTS thing. So I don’t have any other choice!” Kim laughs. “I really love to just sing.”

Still, establishing a career in opera as a South Korean singer had its difficulties. Mastering the European languages so commonly used in opera proved to be a challenge for Kim. German was especially difficult.

Then there were the uncertainties of the career itself. After receiving his master’s degree, Kim hoped to move to Italy.

“I really loved Italy. Italians are very similar to Koreans,” he says. “They love singing, drinking, sex. Can I say that?” Kim casts his eyes side to side mischievously. The chickens stare back.

But, as Kim himself explains, plans always change in opera. Instead, Kim cut his teeth in the industry by singing in competitions. He ultimately moved to Germany, not knowing what to expect from the country or its people.

“I thought that Germany was very cold,” he says. “But the truth is, I was wrong. You can see that, inside, they really love the music and the artists.”

Kim is no stranger to cultural stereotypes himself. He remembers one experience traveling across the world when he was stopped by airport security. Officers at the border informed him that there was a problem with his visa. He was escorted into a private room, while another officer checked his passport.

“That was very horrible. No phone,” he recalls. “I just stayed there.”

Eventually, one of the officers asked, “Are you Korean?” Kim responded affirmatively. The questions continued: “Why are you here?” Kim explained that he was an opera singer, flying to his next production.

But then the officer said something that caught Kim off guard. “He asked me, ‘So do you know Blackpink?,” referencing the popular South Korean pop group.

The memory causes Kim to crinkle his nose and laugh. “We’re not the same, but we’re entertainers,” he remembers explaining. Once the officers had Googled his production and verified his story, Kim was free to go.

Nowadays, between performances, Kim spends time with his family in the U.K., where he has been based since the summer of 2017. As he talks, the grey skies above him dissolve into a fine drizzle. He squints upward, shaking his head wearily. “London,” he mutters with a sigh.

Most tenors are night owls, Kim says—but not him. He’s up with the chickens. They crow around 6 a.m. every morning. But Kim doesn’t mind. Waking up early gives him time to read the Bible or Korean e-books. He likes poetry and novels, but recently he’s been on a self-help kick, reading how-to books about investment, home ownership, and technology.

He’s still working through Dream of the Red Chamber, the novel on which his new opera is based. The book stretches well over 2,500 pages. “I had never known the very huge scale of the novel,” he says. “I’m still reading!”

It’s late April. With only a day and a half to go until his flight to San Francisco, he’s dreaming of visits to the baseball field Oracle Park, where he hopes to collect a San Francisco Giants ball cap to add to his collection.

His family will be cheering him on from afar. His eldest son, now 8, recently announced he too wants to be a singer like dad.

“Why not?” Kim smiles. “That’s better than Minecraft.”

As the evening progresses and the conversation winds to a close, thoughts turn to another passion of Kim’s: food. Through cooking, he brings the flavors of home to his table. Among his favorite recipes to prepare are kimchi-jjigae—a rich, red stew with fermented vegetables—and samgyeopsal, a juicy barbecued pork belly.

And then, of course, there’s chicken, he whispers into the Zoom call. His eyes flit to the opposite side of the yard. “No, not you,” he says with a big belly laugh. He flips his camera to reveal a row of indignant eyes staring beadily back.

It’s time to escape indoors. Flashing another wide smile, Kim bids his farewell and returns to his flock.

See tenor Konu Kim this summer in Dream of the Red Chamber, opening June 14. And catch up with the tenor’s globe-trotting adventures on social media.